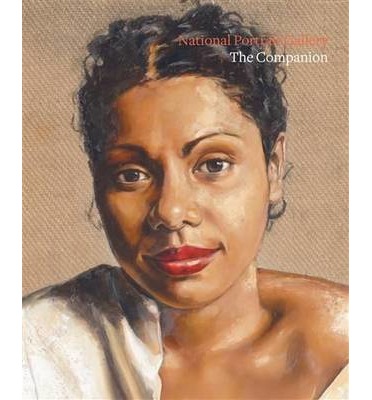 First there was the triumphant news that the national institution had its most successful Multimedia and Publication Design Awards ever, winning four awards announced at a ceremony at the Australian Maritime Museum last Friday night as part of the Museums Australia Conference.

The Portrait Gallery’s senior graphic designer, Brett Wiencke, took out the Best Book category for the collection handbook “The Companion”. The judges commented that the book displayed a ‘beautiful balance of typography and imagery’.

Wiencke, an admired figure in the Canberra art community, where his tireless work for artists and arts bodies has not gone unnoticed, also won Best Small Catalogue for the publication that accompanied the exhibition “Arcadia: sound of the sea”, described by the judges as ‘Awesome. Timeless imagery. Great use of contrast and colour combinations’. He was also awarded Best Poster designed for the same exhibition.

The NPG’s website, designed by Patrick Cox, was highly commended by the judges.

Director of External Relations, Diana O’Neil, said that the MAPDAs had always been fruitful ground for the Portrait Gallery with this year’s haul, bringing the total since 2011 to five wins and seven highly commendeds.

As if the MAPDAs wasn’t enough, the result are in from the NPG’s commissioned snapshot of its national brand awareness through a nationally representative survey conducted through Jigsaw Research.

Recent research shows that two thirds of all Australians have a sterling interest in the arts and Australian history, reinforcing that the arts are an important interest to Australian people and that institutions like the National Portrait Gallery are an asset to Australian society.

Nick Palmer, Head of Quantitative Insights and Strategy commented, “these are encouraging results for the Portrait Gallery, and it’s particularly impressive to see that an institution whose physical presence is geographically distant for most Australians can still drive strong engagement levels.”

Other findings revealed in the report are as follows:

CityNews - September 16, 2020
0
A Canberra Liberals government promises to halve travel times for many commuters with new "Xpresso" bus routes that will connect suburbs and town centres.