ONE government man has an interesting theory on why Tony Abbott mightn’t mind talk of a double-dissolution election. The prime minister finds governing very hard, he says – and would love to be back on the campaign trail.

The point about Abbott’s view may or may not be correct. However, the analysis behind it is definitely right. Abbott is much better at climbing the mountain than digging in at the summit.

But, as things stand, this week’s double dissolution chatter is both fanciful and potentially damaging for Abbott. When it was reported on Wednesday that the option had been canvassed at senior levels and dismissed, Abbott was quick to say that “the government intends to serve a full term”.

The embattled Abbott desperately needs to be projecting an air of stability, the impression of steady governing. Election talk, even if implausible, goes against that. It risks making skittish backbenchers more nervous (although one Liberal MP says “the marginal members can’t get any more nervous – they are nervoused out”). And the public are rarely keen on the prospect of an early election.

The government couldn’t just dismiss as gossip reports of the double-dissolution talk. Education Minister Christopher Pyne actually raised the matter with Liberal Democrat senator David Leyonhjelm this week when they were negotiating over the doomed university deregulation legislation.

Leyonhjelm recounted how Pyne had said that if the legislation went down, which he expected, he’d reintroduce it in the same form after three months – the requirements for a double-dissolution bill.

Leyonhjelm said he told Pyne the government – consistently behind in the polls – would be nuts to go to a double dissolution. “He said, ‘we’ll turn that around’. He’s the most cheery optimist I’ve ever known.”

While Pyne, on Leyonhjelm’s account, seemed definite about his plans to bring an identical bill back, his public line is coy.

Asked if the legislation would come back in double-dissolution form, a spokesman for Pyne said: “We will be working in the months ahead with senators and others who wish to be part of a constructive discussion and bring back the higher education reform package for the parliament to consider at the appropriate time.”

And it is not a bad idea to have a box of bills just in case – because after a double dissolution that a government wins, such legislation can go to a joint sitting (which overcomes the problem of a hostile Senate).

There has only been one such sitting, in Gough Whitlam’s time – it passed important legislation including for the Medibank health scheme.

If the government were travelling strongly and in a position to hold a double dissolution at some point, a joint sitting would be one way of getting university deregulation and other reform measures through. But senior Liberals would recall 1983 when Malcolm Fraser called a double dissolution – which cannot be held within six months of the expiry of the House of Representatives – and was defeated.

The double-dissolution chatter within government has been stirred by the deep frustration with the Senate, but it also appears, at least in Pyne’s case, to be a tactic to remind the crossbenchers that their political life could be short.

In a double dissolution the quota for election is smaller, which means that there could well be more rather than fewer crossbenchers afterwards. As Nationals deputy leader Barnaby Joyce put it: “If we find it difficult to deal with eight [crossbench] senators how will we go with 16?”

But many or most of the current eight non-Green crossbenchers would probably be swept out. The certainty to be re-elected would be Nick Xenophon, a vote-gathering machine who obtained nearly two quotas at the 2013 election.

Crossbenchers elected in 2013 have had less than a year of their six-year term. Sources close to them say the double-dissolution issue is in their minds. Whether it will influence their voting is another matter.

One interesting question is whether, before the next election, the government will seek a deal with Labor to reform the Senate voting arrangements to make it harder for micro-parties and independents with only a small number of votes to get elected.

The parliamentary committee on electoral matters has put forward proposals, which the committee chair, Victorian Liberal Tony Smith, has said would reduce the opportunity to “game” the system through complicated preference deals.

The crossbench would raise merry hell at any attempt to change the rules but they would be sidelined in a deal between the major parties.

There have been talks between Special Minister of State Michael Ronaldson and his Labor counterpart, Gary Gray, and between Liberal federal director Brian Loughnane and Labor national secretary George Wright. Gray told The Conversation on Thursday: “We’d certainly look seriously at any legislation the government put up for reform of the Senate voting system”.

If it were to be made, such a move might be left until late in the parliament, so as to limit the time the crossbenchers had for screaming.

It is not just crossbench senators that the government had trouble with this week. On Wednesday three Nationals crossed the floor to support a motion from Family First’s Bob Day about the effect on property prices of state governments failing to release land. They were John Williams, Matt Canavan and Barry O’Sullivan, who is the Nationals whip in the Senate. Some Nationals sources saw the action of the three as a shot across the Liberals’ bows – a warning Senate Nationals should not be taken for granted.

UPDATE: Now with the video:

University of Canberra Vice-Chancellor Stephen Parker and Professorial Fellow Michelle Grattan discuss the week in politics including the recent chatter of a double dissolution election, what would happen to crossbenchers if it did happen and three Nationals crossing the floor to support a motion from Family First’s Bob Day about the effect on property prices of state governments failing to release land. 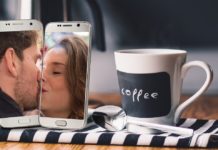