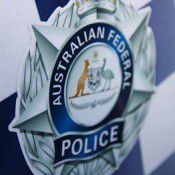 ACT Policing endeavored to perform a traffic stop on a vehicle at the Shell Service Station in Dickson early this morning (Sunday, 13 September).

About 1am, police attempted to speak to the driver of a purple Ford tray back utility. The vehicle was displaying false registration plates.

As police approached the vehicle on foot, the driver immediately reversed his vehicle rapidly from the bowsers to evade them.

The driver accelerated rapidly causing his vehicle to slew to the left in a fish tail pattern. The back of the vehicle glanced one of the members who sustained soft tissue damage.

The driver drove recklessly and dangerously, exiting the service station onto the incorrect side of the road. Police did not chase the offending vehicle.

The driver is now wanted for a number of traffic offences.

Paul Costigan - October 20, 2020
0
"Those in the know wondered whether the 45 groups listed as members of the Conservation Council knew that their names were being used to support the work to destroy West Basin’s ecology and biodiversity," writes "Canberra Matters" columnist PAUL COSTIGAN.

Sleeping man stabbed after waking to a robber