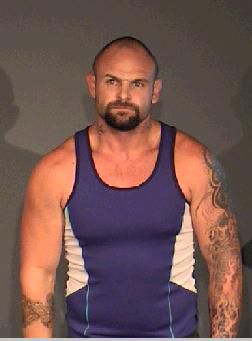 ACT Policing is seeking the assistance of the public in locating 31-year-old Adam Beniamini who has allegedly committed acts of violence and is in breach of his current bail conditions.

Beniamini’s current whereabouts is unknown but he is thought to frequent Queanbeyan and addresses in southern Canberra.

He is sought by police on a First Instance Warrant for a previous assault.

He is described as Caucasian, 175cm (5’9”) tall, with a fair complexion, solid build, and with tribal patterns and flames tattooed on his left arm, and skulls on his right arm. He is also missing several top teeth.

Police are asking members of the public to contact them on 131444 if they see this man.

Police are also urging anyone who may have any information that could assist police to contact Crime Stoppers on 1800 333 000, or via act.crimestoppers.com.au.