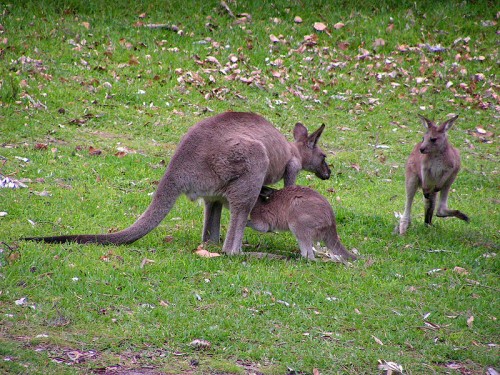 THE ACT Government is giving notice that a number of nature reserves will be closed between 3 pm and 7 am over the coming months to allow a conservation cull of eastern grey kangaroos to take place.

“The conservation cull of up to 2466 eastern grey kangaroos is needed to protect biodiversity and maintain populations at appropriate levels to minimise impacts on other flora and fauna in critical grassland and woodland sites,” said Daniel Iglesias, Director of Parks and Conservation.

“The numbers to be culled have been based on scientific kangaroo counts in each location. This has been compared to the sustainable carrying capacity for each area that ACT Government ecologists have established by taking into account the habitat requirements of grassland dependent animals and plants.

“Culling of overabundant kangaroos is currently the most humane method of population control available to the ACT Government as a responsible land manager. However we are continuing to explore alternative, non-lethal options to reduce the population of kangaroos and protect the biodiversity of Canberra’s nature reserves.

“The ACT Government is partnering with the CSIRO to undertake field trials of a fertility control drug. This research will take place over the next two years at several small sites across Canberra.”

Daniel said ensuring the grasslands and woodlands are not overgrazed will protect threatened species and ecosystems, provide habitat for creatures such as lizards and ground-feeding birds, prevent excessive soil loss and maintain sustainable numbers of kangaroos.

“Every year we assess the population of eastern grey kangaroos at each site as well as take into account the quality of flora at each site to determine whether culling is required. Following successive years of culling in Mulligans Flat Woodland Sanctuary, there is no requirement to undertake culling on this site this year.

“Importantly, we also undertake the conservation cull in conjunction with other land management activities. Weed management and rabbit control is also conducted on each of the nature reserves where culling is being undertaken and ParkCare volunteers provide additional support through hundreds of hours of volunteer work.”

Mr Iglesias said the conservation cull will be conducted according to the National Code of Practice that has the endorsement of all relevant authorities including the RSPCA. Parks and Conservation Service staff will patrol areas to ensure the safety of the public. Warning signs will be placed at all entry points to the reserves and surveillance cameras will be used to enhance public safety and detect illegal activity.

“I’d like to urge the public to be vigilant and report any illegal activity at affected nature reserves. Last year we experienced vandalism which served no role other than costing taxpayers’ money to repair the damage and disrupting the work of volunteer groups who help look after our parks. To report incidents of vandalism or suspicious behaviour please contact Crime Stoppers on 1800 333 000 or to Canberra Connect on 13 22 81.

A licence to cull valid for two years has been issued by the Conservator of Flora and Fauna.

The ACT Government will again be using a proportion of the kangaroo meat to make baits to use in its wild dog and fox control programs.

Further information is available from Canberra Connect on 13 22 81 or from www.tams.act.gov.au