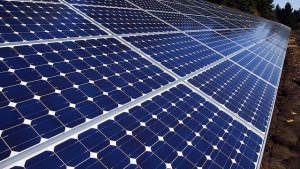 RESEARCHERS at The Australian National University (ANU) are looking for volunteers across the ACT who have solar panels on their roof to take part in a new study.

An estimated 50 MW of the total 80 MW capacity of solar power in the ACT originates from residential homes but there is no accurate real-time data on what energy is being produced and fed into the grid.

Dr Christfried Webers from the ANU College of Engineering and Computer Science said the aim of his project was to develop software to forecast the solar output from each suburb, using low cost devices installed on individual homes.

“Currently the only available data is the total energy being consumed or produced over a long period by a particular consumer.

“This project has a very local approach which will allow us to collect a lot of data to develop a model where we can predict what will be fed into the grid at a particular time.”

Dr Webers said for a successful study, large amounts of data needs to be collected from all over the ACT. He is looking for 60 volunteers to take part in the study.

The data logger will be installed for free in participant’s metre boxes, and people will be able to see how much solar energy they are producing and when their solar panels are producing the most electricity.

People can sign up to join the study on the NICTA website and questions can be directed to the solar forecasting trial at solarforecastingtrial@nicta.com.au.

CityNews - January 21, 2021
0
A man's been disqualified from driving for life in NSW and the ACT after he caused a serious head-on crash in December.