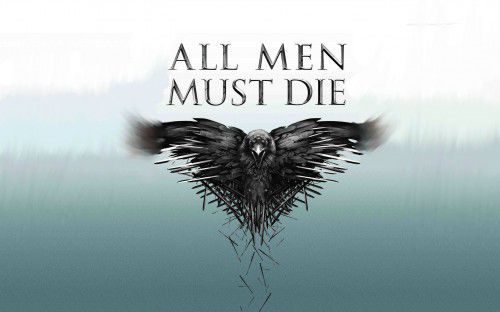 MANY millions of people throughout the world will illegally download the fifth season of Game of Thrones, released today by HBO. Legally speaking, what they will be doing is a violation of intellectual property rights, or “piracy”. But will they be doing anything morally wrong?

It might seem obvious that what they will do is wrong. After all, it is illegal. But there are many things that have been illegal that people don’t think are morally wrong. Same-sex relationships, divorce and many other practices that are now widely accepted as morally acceptable were once outlawed and criminally sanctioned.

Few people think they were wrong just before they were legalised. Rather, they tend to think the laws governing these behaviours were unjust. So appeal only to the illegality of downloading doesn’t settle whether it is okay, morally speaking.

Two rival camps dominate public discussion around the ethics of illegal downloading. On the one hand, there are what might be called “fundamentalist libertarians”. These think that all ideas and artistic creation should be held in common and be freely accessible to all.

On the other hand, there are what might be called the “fundamentalist protectors”. This camp thinks that illegal downloading is equivalent to common theft.

This view is vividly expressed in the aggressive message that often precedes films in Australia:

For them, the massive penalties that are sometimes attached to illegal downloading are important because they send a clear message that this practice should not be tolerated. This seems to be the view of much of the entertainment industry, as well as public officials and legislatures in countries that produce and export a lot of intellectual property.

In a recent speech, for example, US President Barak Obama claimed:

We’re going to aggressively protect our intellectual property […] Our single greatest asset is the innovation and the ingenuity and creativity of the American people […] It is essential to our prosperity. But it’s only a competitive advantage if our companies know that someone else can’t just steal that idea and duplicate it.

Despite their currency, both of these positions are overdrawn and seem at odds with moral common sense. The fundamentalist protector position is problematic because there are clear and morally relevant differences between stealing someone’s handbag and illegally downloading a television series.

In common theft, the owner of property is entirely deprived of its use, as well as their ability to share it and dispose of it as they choose. Common theft is zero-sum: when I steal your handbag, my gain really is your loss.

The same is not true when I download a digital file of your copyrighted property. In downloading your film, I have not excluded you from its use, or your ability to benefit from it. I have simply circumvented your ability to exclude me from its use. To draw an analogy, this seems more like trespassing on your land than taking your land away from you.

Criminal sanctions seem warranted in thefts where one person’s gain is very clearly another person’s loss. But things are not so clear when the relationship between gain and loss are more complex.

And of course there are ways that owners of intellectual property can gain, overall, from infringements of their rights. The more accessible their products become, the more people may want to consume them. This certainly seems to be the case with products like Game of Thrones, a fact recognised by its producers.

On the other hand, the fundamentalist libertarian position is problematic because it treats all intellectual property infringement as a victimless crime. For one thing, intellectual property rights are an important means by which people gain profit from the effort that they put into the production of creative works.

This is evident in other fields, such as research and development of medical treatments: firms have little reason to invest the time and resources in developing vaccines and other public goods if they cannot benefit from their distribution.

Thus, not protecting the rights of the producers in some meaningful way is bad for everyone. Infringing intellectual property rights can also increase cost to those do pay for the good, in the form of higher prices. Those who pay for intellectual property are effectively subsidising its use by those who do not pay for it. In most cases this seems unfair.

A different kind of theft

The question of the morality of illegal downloading is so difficult because it takes place in an environment in which the penalties attached to this behaviour ordinarily seem to be overkill, but where there are pretty clear social costs to engaging in it.

What, then, should be done? For starters, it seems important to stop treating intellectual property infringement as common theft, and to develop different legal remedies for its protection. Various kinds of property are different, and warrant different forms of protection. This is hardly a novel idea.

In his fascinating book, 13 Ways to Steal a Bicycle: Theft Law in the Information Age, the legal philosopher Stuart Green has pointed out that treating all infringement of property as theft subject to the same legal rubric is a relatively new development.

Prior to the 20th Century, theft law consisted of a sort of ad hoc collection of specific theft offences and specific kinds of property that were subject to theft. Different rules applied to different offences, and intangible forms of property, like intellectual property, were not included in theft law at all. We may need to return to rules that are well suited to protecting different forms of property.

In the meantime, it seems incumbent on consumers to try to respect intellectual property unless doing so imposes unreasonable cost on them. Refraining from accessing patented essential medicines that are inaccessible due to price does seem unduly costly. Refraining from watching the latest season of Game of Thrones, the ardour of its fans notwithstanding, does not.

At the same time, we should also strongly resist massive penalties levied on downloaders when they are caught. The practice of “speculative invoicing” – whereby people are sent threatening letters that offer the opportunity to pay a sum to prevent legal action seeking vast sums – is seriously objectionable. Even if what the downloaders have done is wrong, it is much worse to over-punish them.