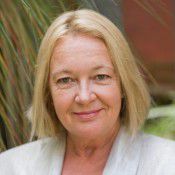 “Canberra is a diverse community, made up of people from many different cultural, religious and ethnic backgrounds. Around 25 per cent of our community were born overseas and come from over 200 countries around the world,” Joy said.

“At the 5th sitting of the Ministers Student Congress in October, I asked the students how we can be more inclusive to students from diverse backgrounds.

“Students want a coordinated way in which they can work with each other and the school staff and to promote inclusion and multiculturalism and they want ways in which they can celebrate their own cultures and heritage while learning about those of others.

The program has been developed by the Education and Training Directorate in partnership with XXIII Eleven, the University of Canberra Brumbies, Hockey ACT, Basketball ACT, Capital Football, Play by the Rules and the Football Federation Australia Centre of Excellence.

“Student voice and activism are rightly at the core of this program,” Joy concluded.

The program aims to promote inclusion and counter racism with the establishment and support of student-led committees, promotion of the Anti-Racism Contact Officers in the schools and presentations delivered by the program partner organisations. This program will be rolled out to 40 ACT public schools in 2015.