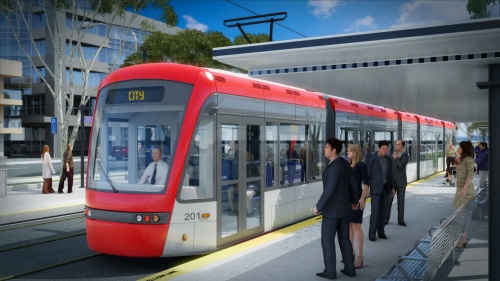 ALISTAIR Coe says the Canberra Liberals will call on the ACT Labor government not to sign light rail contracts before the 2016 ACT Election.

“The government should heed this call to ensure the confidence of Canberrans,” Alistair said.

“I speak with Canberrans every day about the government’s hugely unpopular light rail plans and the clear message is that it shouldn’t go ahead. If the government is so adamant light rail should proceed, it should take the policy to the ACT Election and let voters decide.

“Canberrans didn’t vote for a $783 million light rail line at the last election and only $30 million was committed for concept and design works. Simon Corbell should be fair and honest with Canberrans and give voters an opportunity to have a say on what is proposed to be the biggest ever infrastructure project for an ACT government.

“Today in the Legislative Assembly I will move a motion seeking to stop the ACT Labor government from signing any light rail contracts before the next ACT election. Not signing contracts is the only way to respect the wishes of taxpayers; that they get to vote on the issue.

“The ACT Labor government should not sign any light rail contracts before the next ACT Election and Canberrans deserve to have a say on whether this project should go ahead or not,” Mr Coe concluded.

OPINION: Considering the construction of Capital Metro was a clearly announced policy of ACT Labor prior to the 2012 election this is a curious demand from the Liberals.

One finds it hard to believe that should they be victorious in October 2016 they will defer the implementation of their policies until after the 2020 election.

Helen Musa - May 28, 2020
0
The National Gallery of Australia will welcome people back through its doors from Tuesday, June 2.