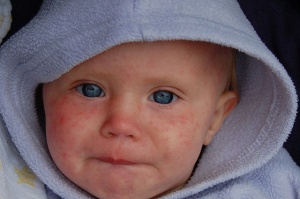 ACTING ACT Chief Health Officer Dr Andrew Pengilley has alerted Canberrans to be aware of measles symptoms after a case was notified to ACT Health yesterday.

Andrew said the case acquired the infection on a recent overseas trip, and this is the second case of measles to be notified to ACT Health in 2015.

“This includes members of the public that may have been exposed on Virgin Airlines Flight VA277, which departed Melbourne at 3.50pm on Monday 15 June 2015, and arrived at approximately 5.15pm in Canberra.

“Anyone on this flight who is pregnant, has impaired immunity or is not vaccinated against measles, should contact ACT Health on (02) 6205 2155.

“Members of the public may also have been incidentally exposed to measles when the case arrived at the Canberra Airport between 5.15pm and 6.30pm on 15 June 2015. The chance of contracting measles from this is low.

“Anyone on this flight or at Canberra Airport as above should seek medical attention if they develop symptoms of measles. These symptoms include fever, tiredness, runny nose, sore eyes and a cough (much like a severe cold), followed by a rash which appears 2-7 days later.

“Anyone with symptoms of measles should advise their health provider before they arrive at the medical clinic so appropriate infection control precautions can be put in place to stop the spread of the infection.

Measles is a potentially serious disease. The virus is spread from an infectious person during coughing and sneezing or through direct contact with secretions from the nose or mouth.

People generally develop symptoms 7-18 days after being exposed to a person with infectious measles, with 10 days being more common. People are infectious from 5 days before they develop a rash until 4 days after.

“The most effective protection against measles is vaccination. Two doses of Measles Mumps Rubella vaccine (MMR) are recommended and are normally given to children at 12 and 18 months of age.

However the vaccine can be given at any age after 9 months,” Dr Pengilley said.

ACT Health has information about measles online at: health.act.gov.au.