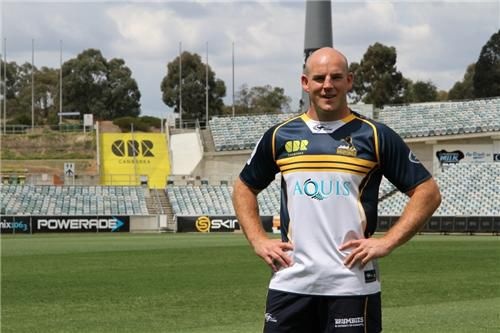 SHANE Rattenbury has taken to twitter to express his displeasure at the Brumbies taking $8 million over six years from the casino’s new owners.

The Brumbies in their statement on the deal run dead on the casino links, it’s not until the very end of the third paragraph they even acknowledge that Aquis have a stake in the Canberra Casino.

The Brumbies announced today they have signed a six-year deal with integrated resorts company Aquis as the Principal Partner and Naming Rights Sponsor of the Brumbies.

The partnership, which extends until the end of the 2020 season, is effective immediately. Brumbies players will run out for their first game of the 2015 Super Rugby season against the Queensland Reds at GIO Stadium on Friday night with the Aquis logo on the front of their jerseys.

Aquis specialises in the development of entertainment based resorts that concentrate a wide range of tourism-oriented attractions into single, large-scale facilities. The company’s Australian portfolio includes the proposed Aquis Great Barrier Reef Resort and the recently acquired Casino Canberra.

On Twitter Shane has garnered a ferocious reaction with commenters noting that the Labor Party, which Shane maintains in Government with his parliamentary support, also collects hefty coin from the gambling sector via the Labor Clubs.

@ShaneRattenbury What is ur stance on the labour club sale proposed by Stanhope? Aren't those ur poker machines? Is that 'responsible'? #CBR