FEDERAL Minister for the Arts, George Brandis, today announced that he has approved the National Museum of Australia for five years as an approved borrowing institution under the Australian Government’s Protection of Cultural Objects on Loan Scheme. 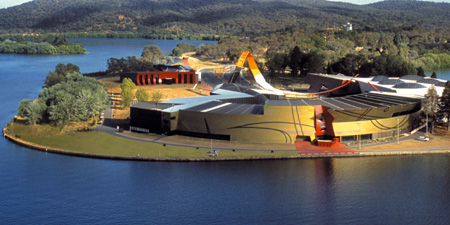 The National Museum of Australia, he said, was only the second institution to be approved under the Australian scheme which provides legal protection from seizure and suit for cultural objects on loan for temporary public exhibition in Australia. The scheme also ensures Australia continues to benefit from the significant social, cultural and economic benefits that international exhibitions deliver.

Senator Brandis sent on to say that Museum would now be able to offer to international lenders the significant legal protection provided by the scheme including for its forthcoming exhibition “Encounters: Revealing stories behind Aboriginal and Torres Strait Islander objects from the British Museum”, its first-ever collaboration with the British Museum and a rare opportunity to view over 150 Indigenous objects most of which have not been seen in Australia since they were first acquired in contacts between early settlers and first Australians.

The ‘Encounters’ exhibition opens at the National Museum in November. For further information about about the scheme visit arts.gov.au