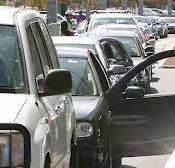 SHANE Rattenbury has introduced legislation to make a range of amendments to road transport laws, to improve road safety, and improve how the current rules are enforced and administered.

“The Bill provides police with a limited power to enter private premises, to require a person to undergo a drug or alcohol screening test where they are suspected of a drink or drug driving offence, and are either suspected of having been the driver of a vehicle involved in a road accident, or failed to stop when required by police,” Shane said.

“There are a number of preconditions to entry, including that police must have a reasonable suspicion that a person has committed a drink or drug driving office – for example, they may have witnessed the individual driving erratically or exiting a licensed venue behaving in a way that suggests intoxication.

“Police must also have a reasonable suspicion that the person was either the driver of the vehicle that was involved in a road accident, or has failed to comply with a request to stop.

“Drug and alcohol affected drivers are one of the biggest threats on the road, and we need to ensure people who drink or drug drive can be appropriately sanctioned.

“Further changes to the legislation will ensure the Government is keeping up with modern communication channels.

“For example, changes proposed in this legislation will allow road users to elect to have traffic and parking infringement notices sent via email. The systems to allow this will be rolled out over the next 12 months.

“The NSW Government commenced a trial of similar measures in 2013 and the results have so far been largely positive, with officers reporting they have more time ‘on patrol’ as they no longer need to manually enter infringement notice data at the end of their shifts.

“The legislation will also streamline other administrative process relating to infringements. For example, people will be able to complete declarations online when they are claiming another driver was using their vehicle at the time of an infringement.

“This will save people the time and effort associated with completing a statutory declaration before a witness, which is the current procedure,” Mr Rattenbury said.