POLICE say they are pleased that the ACT remained fatality free over the Easter holiday period, with only three collisions resulting in minor injuries. 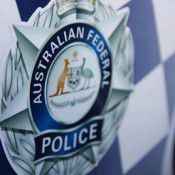 hey says the Operation Crossroads partnership between ACT Policing and NSW Police provided a highly visible presence throughout the Capital Region to keep motorists safe during a traditionally busy time on our roads.

was pleased there were no deaths or serious injuries over the Easter holiday.

“While it’s a relief that we made it through this busy period with no deaths or serious injuries on our roads, it was still disappointing to see some drivers speeding and driving while impaired by alcohol or drugs,” says the officer in charge of traffic operations, Sgt Susan Ball.

Over the Easter period, 262 Traffic Infringement Notices were issued for driving offences in the ACT, with 95 of those for speeding.

“While ACT Policing conducted more alcohol and drug screening tests compared to last year, we saw less people caught driving while impaired. So, the message is getting through but there’s still work to be done.”

About 8.50pm on Sunday (April 5), a 37-year-old man was caught drunk driving on Barry Drive, Turner, with both left tyres of his car heavily damaged. The man returned a blood-alcohol concentration of 0.218 grams. He was released into what police say was the “care of a seemingly angry family member” and issued with an Immediate Suspension Notice. The man will be summonsed to face the ACT Magistrates Court.

“To those Canberra drivers who did the right thing over the long weekend – thank you,” says Sgt Ball.

CityNews - April 1, 2020
4
THE ACT will have to borrow "every cent" from here as government revenues collapse under the weight of responding to the health and economic demands of the coronavirus.

Not keeping your distance? Experts warn of virus spike