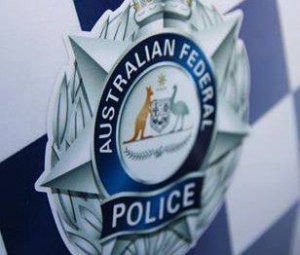 ACT Policing is continuing its investigation into the assault of a detainee at the Alexander Maconochie Centre.

The assault investigation commenced after a man detained at the Alexander Maconochie Centre, Hume, was found seriously injured within the Centre at about 7pm on Thursday 28 April 2015. The man was transported to the Canberra Hospital for medical treatment. ACT Policing attended the Centre and examined the scene, seizing a number of items for forensic analysis.

On 29 April, ACT Policing executed a search warrant at the Alexander Maconochie Centre and located a pair of fingerless gloves and a bloodied shoe. The items were seized and underwent forensic analysis.

As a result of this investigation and information obtained through the forensic analysis, ACT Policing has identified three persons of interest.

ACT Policing believes there may be members of the community who have information about the assault on 28 April 2015.

Anyone who may have witnessed the incident or have any information that could assist police is urged to contact Crime Stoppers on 1800 333 000, or via act.crimestoppers.com.au and provide reference number 5791692.

The public is reminded that information can be provided anonymously through Crime Stoppers.

Review - June 11, 2021
0
“Come From Away” is heart-warming entertainment in spades presented in an upmarket performance style that obviously resonated with the audience, says reviewer HELEN MUSA.