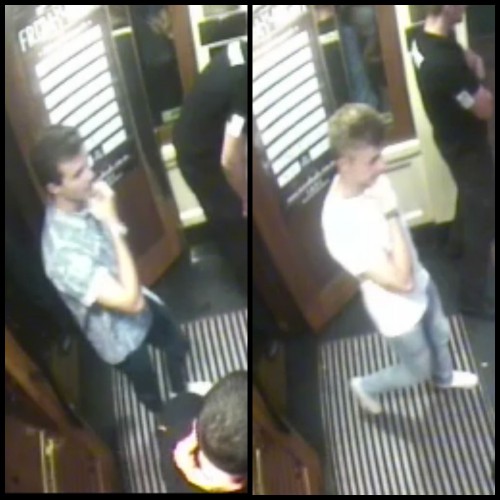 TWO men who are potentially key witnesses to a nightclub assault in Civic on March 1 are still to be identified by police.

As part of its investigation into an assault of a woman on the “downstairs” dance floor of the Mooseheads licensed premises in Civic, last month ACT Policing released the images of three male patrons.

One of the men came forward but the other two (in the images) still remain unidentified.

The incident occurred around 1am on Sunday, March 1, as the female victim was dancing with friends.

ACT Policing would encourage the remaining two men to contact ACT Policing Operations on 131 444 and provide their contact details. Those details will be passed onto the investigating officer.

Information about the two men can also be provided to Crime Stoppers on 1800 333 000, or via https://act.crimestoppers.com.au. Information can be provided anonymously.