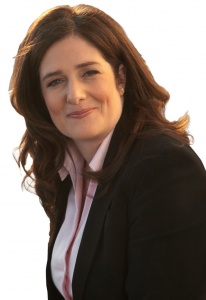 THE Property Council’s ACT Executive Director Catherine Carter says thousands of square metres of commercial office space can be converted to bring more residents into Canberra’s city centre through a new partnership between government and industry.

“Creating a lively, liveable city centre requires more residents. One of the ways to achieve this is through some revision to aspects of our current planning and taxation regime which prevents building owners from making the most of their assets,” Catherine said.

“The high vacancy rate is particularly acute in the B and C grade commercial space – as tenants looking for new office space move to newer buildings.”

“To enable Canberra’s city centre to evolve as part of a broader ACT Government urban renewal program, work needs to be done to identify the barriers building owners face when considering whether to convert an existing building.

“The desire to see some of Canberra’s older office buildings upgraded or converted into new uses, is as much an issue for the city as it is for existing building owners, and there are many factors at play.

“There are a number of considerations that can make conversion a challenge. Residential buildings require more light and more car parking than office buildings, for example, and retrofitting can be a costly exercise. We must also consider how to access these buildings to perform significant upgrade work. The lack of vehicle access at street level to a number of buildings within the city centre can be a significant obstacle and cost as well.

“While there are challenges to be met, the opportunity to improve Civic is one that we must seize – and seize it now.

“What we can learn from Melbourne’s highly successful Postcode 3000 program – which fast-tracked the redevelopment of office stock, and led to a 3,000 per cent increase in people living in the CBD – is that partnership between government and industry is a central pillar.

“Working together can help the ACT Government realise its own vision for more people living and working in Canberra’s CBD – and can help the property industry build a prosperous, liveable city for the 21st century,” Ms Carter concluded.

Richard Calver - May 13, 2021
0
"While the 2006 Voyager Estate shiraz label indicates that it could be stored for up to 10 years, after 15 years it displayed stunning characteristics of dark plums, a jammy fragrance and a smooth, soft finish... It drank like liquid velvet, a wine of finesse," writes wine columnist RICHARD CALVER.