M16 ARTSPACE tells us loud and clear that artists can protest about issues important to them and the wider community in many media.

CURATOR Benita Tunks has artists Alex Asch, Bruce Tunks, Elizabeth Kelly, Fatima Killeen, Fintan Magee, Gerald Jones, Marcus Tatton, Mariana del Castillo, Mary Kayser, Murray Kirkland, Tina Fiveash and Reid Bedlington showing us how in her show, “Protest.” Tomorrow 27 March on 6 pm the show will be opened by former Green leader and activist Bob Brown, who will be back at 10am on Saturday to talk on ‘Protest, art and the largest herd of mammals ever to graze the planet,’ followed by morning tea and an opportunity to meet the artists. Then at 11 am there’s a panel discussion with David Pocock, Activist and Brumbies and Wallabies Rugby player, Miranda Gibson, grassroots forest activist, Alex White, Secretary of UnionsACT, Anna Rose, National Manager of Earth Hour Australia and Josh Creaser, 350.org Australia’s Frontline Projects Coordinator. At M16, Blaxland Cres Griffith until April 12, 12.00 – 5.00pm, Wednesday – Sunday.

CANBERRA personality, former ABC announcer, and popular music expert, David Kilby shares some of the best, and worst, album covers from his extensive personal collection in ‘Back to the Front – A Cover Story’ at 6pm on Friday 27 March, launches a season of talks called Friday With Friends. The Theatrette, the National Film and Sound Archive. Drinks and nibbles from 5.30pm. Entry free for Friends of the Archive. A gold coin donation for others. 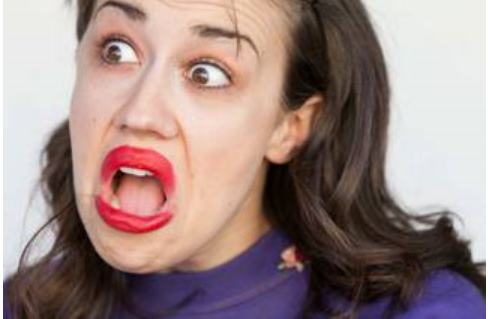 ART bridges two cultures to celebrate 47 years of diplomatic relations between Romania and Australia in a photo exhibition entitled “Dancing with Costic?” by Australian artist Jane Long and Romanian photographer Costic? Acsinte. Costic? Acsinte’s black and white photos, taken almost 100 years ago, become the current canvas of Jane Long’s photos. “Dancing with Costic?” is on public show from March 30 until June 30, 2-5pm at the Romanian Embassy, 4 Dalman Crescent O’Malley on any working day.

FOR the Drill Hall Gallery’s next Friends’ Night at 5pm tomorrow, March 27, Dr Deborah Hart, senior curator of Australian painting and sculpture after 1920 at the National Gallery of Australia, will be launching a new monograph about Roy Jackson. The book appears under the imprimatur of Drill Hall Gallery Publishing. $10 for non-Friends.

‘BURLESQUE IDOL’, the world’s largest international burlesque competition is coming back to town. Begun by Lola LaBelle in 2010 it has been running in London’s West End for the last 6 years. It’s here this Sat 28th March 2015 at The Abbey, Federation Square, O’Hanlon Place, Nicholls with over $1,000 in prizes for the show’s winner. Tickets from $25, VIP & party packages available. Bookings to theabbey.com.au .

THREE local actors Camilla Blunden, Raoul Craemer and Jim Nguyen are performing at the Refugee Rally on March 29 in Garema Place at 1pm. Also a group of artists has designed a banner for the day. Arts people and indeed all people with conscience should be there, they say.

BUNGENDORE Wood Works gallery has ‘From the Artist’s Studio: an Exhibition of Paintings by Ken Knight’ showing from 28 March to 18 May. Knight is an artist whose work bears testimony to his commitment to the long and honourable tradition of plein air painting. The opening by Harriet Elvin, CEO, Cultural Facilities Corporation, will be this Saturday 28 March at 2pm. All welcome.

ARJA Välimäki is an Australian- Finnish artist who works in painting and sculpture. Her work examines issues of culture, connection and identity, and is influenced by Scandinavian design. She completed a Masters of Fine Arts at the University of NSW, and has exhibited widely in both Australia and Finland, including fifteen solo exhibitions. She is exhibiting at Embassy of Finland, 12 Darwin Avenue, Yarralumla, working days until April 30.

DARREN Hanlon plays a show at The Street Theatre on Friday 27 March at 8pm. Hanlon is back with a kaleidoscopic fifth studio album. His new album, “Where Did You Come From?” is now live-streamed on The Guardian website and he’s been getting a lot of attention from Triple J’s sister station Double J for his latest single ‘When You Go’. Bookings to thestreet.org.au

THIS Saturday 28 March from 6pm, The John Mackey Trio, with Mackey on sax, Lachlan Coventry on guitar and James Luke on bass, will perform and also combine with readings of poetry by one of the best-known celebrators of Australian culture, Geoff Page. At Bungendore Wood Works. The dining team at Café wood works will provide a 3-course meal. $70 per person. Bookings to 6238 1688 or personally in the Cafe.

CARL Rafferty is the producer of the popular “Opera by Candlelight” concerts. On March 28 and 29 he will present the first of series of Twilight Concerts at the Drill Hall Gallery. He will be joined by two young singers, Diana Tulip and Anna Rafferty, in a programme of Italian baroque music. Rafferty will perform two recently discovered sonatas by Pergolesi and if you get there at 4:30, you can enjoy a glass of wine or champagne and listen to gallery director Terence Maloon talk about the current Ann Thomson exhibition. Bookings to carlrafferty@bigpond.com

PETER Boggs’ show “Interiors and the mystery of light,”   paintings & works on paper and Jan Brown’s “Observations,” works on paper & sculpture, are at Beaver Galleries, 81 Denison St, Deakin, until 14 April, Tue to Fri 10am – 5pm & Sat and Sun 9am – 5pm.

THE exhibition, “As I see it…” currently being held at Cork St Café in Gundaroo continues until April 21. The work of local photographers Carla Begbie, Sam Chapman and Howard Moffat is being exhibited. Begbie began drawing and painting in her mid-fifties after a career as a chemistry teacher. Chapman is a young photographer with Down syndrome who attends Campbell High School. Moffat was parliamentary photographer for Prime Ministers Howard, Rudd and Gillard.

2015 Parties at the Shops program continues this weekend. Producer Amy Moon says Parties at the Shops events draw on the skills and talents of people who live in each suburb, with residents and businesses involved in all aspects of the events, from programming and marketing to event set up and delivery. Upcoming parties are at Scullin, – 3-7pm, Friday 27 March, at Crace – 2-6pm, Saturday 28 March and at Kingston – 11am-3pm, Sunday 29 March.

“SHADOWS and Light”: The Oriana Chorale’s Easter Tribute to the 2015 ANZAC Anniversary is at Wesley Uniting Church this Saturday 28 March at 5pm. Tickets $35, concession $30, under 27 $15. www.trybooking.com/HBEC or at the door.