FAMOUS for a while, then gone as fast as he’d surfaced, revered folk-punk hero Elliott Smith’s legacy lives on.

Now Canberra fans have the chance to celebrate his life with a one-night-only screening of a documentary, “Heaven Adores You,” tells the story of the US singer/songwriter who died tragically in 2003, aged just 34. 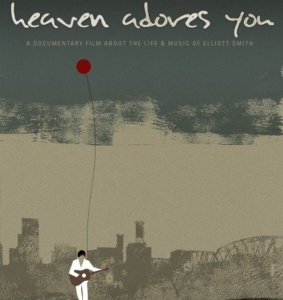 Directed by Nickolas Rossi, produced by Jeremiah Gurzi, Kevin Moyer and Marc Smolowitz and brought to Australia by Mushroom Pictures, “Heaven Adores You” is the first comprehensive film about the musician whose gift for melodies, they say, “belied the darkness of his lyrics.”

The doco features over 30 interviews with Smith’s closest friends and collaborators, creating an intimate and personal history never seen before. It’s also the first film to be allowed to use Smith’s catalogue – including 20 previously unreleased pieces of music.

Mourned by many of the world’s best songwriters (his fans and friends included Beck, Cat Power, Death Cab For Cutie, Lou Barlow, Eels, Conor Oberst, Beth Orton, Moby, Rilo Kiley, Grandaddy and more), Smith first made his solo name with his 1994 acoustic debut, “Roman Candle.” his song “Miss Misery” – included in the soundtrack for the film Good Will Hunting (1997) – was nominated for Best Original Song at the 1998 Oscars.

“Heaven Adores You” premiered in May 2014 at the San Francisco International Film Festival but this is the first time it has been screened outside of a film festival in Australia.