ACT Policing is seeking the public’s assistance in identifying two people (pictured below) linked to a stolen motor vehicle used in an aggravated robbery in Kambah on 25 June.

Whilst the vehicle was significantly damaged during the fire, police have identified it as a white Subaru Impreza hatch with distinctive black wheels which was stolen from the driveway of a home in Monash a week earlier, between 18 and 19 June.

In addition, we would like to request the assistance from any member of the public who saw this vehicle in the vicinity of the Kambah Shopping Centre (Marconi Crescent, Kambah) or the area of Lambrigg Street and Hawkesbury Crescent, Monash between the hours of 8:00pm and 10:00pm on Thursday 25 June 2015.

Police would like to hear from anyone who may have witnessed suspicious activity in the area of the aggravated robbery on Marconi Crescent, Kambah, or the in the area of the car fire at the corner of Lambrigg Street and Hawkesbury Crescent, Farrer, between 8pm and 10pm on Thursday 25 June 2015.

Anyone with information as to the identity of the two persons pictured above or has any other information relating to this crime is urged to contact Crime Stoppers on 1800 333 000, or via act.crimestoppers.com.au. Information can be provided anonymously. Police remind people they should not report crime information via Facebook and Twitter pages. 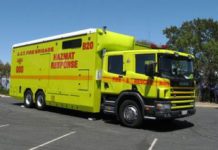