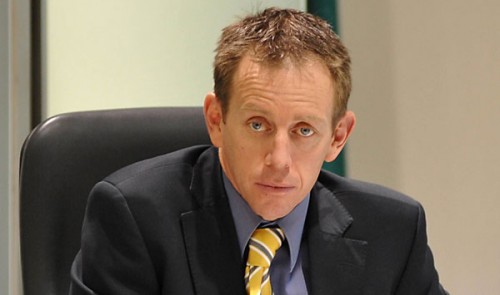 IN the wake of dire warnings from the Auditor-General about the management of the Cotter Catchment Shane Rattenbury says the 2015-16 Budget will provide $7.8 million over four years to manage the Cotter Dam catchment.

“The ACT is renowned for its high quality water so protecting our water supply is of critical importance,” Shane said.

“The 2015-16 ACT Budget addresses the need to manage an additional 20,000 hectares of land within the catchment area of the enlarged Cotter Dam. The new Dam has increased water holding capacity in the Cotter reservoir from 4.7 gigalitres to 78 gigalitres. This has in turn increased the area of land that needs to be managed as a water catchment from 33,000 hectares to 53,000 hectares.

“The Auditor-General’s Performance Audit into the Lower Cotter Catchment notes the natural environment and water quality continues to improve in the catchment since the 2003 bushfires, due in part to significant rehabilitation efforts completed by government agencies.

“The Auditor-General has also made 12 recommendations, ranging from the need to improve oversight and co-ordination of management to improved maintenance of soil erosion measures and bushfire fuel management.

“The ACT Government will give serious consideration to the report’s findings and recommendations. However, some of the issues identified in the report have already been recognised and the 2015-16 Budget boost serves to provide the capacity to start this important work.

Mr. Rattenbury said these land management programs will build on those the ACT Government already has in place at other water catchments surrounding the dams at Bendora, Corin and Googong.

UPDATE: The Liberals’ Nicole Lawder has expressed her displeasure:

The Lower Cotter Catchment (LCC) is exposed to significant risks

because of a lack of coordination in government according to the Auditor-
General’s report released on the restoration of the LCC. Those risks could

lead to a catastrophic failure of the water catchment, Shadow Minister for

“Protecting the ACT’s water security should be of paramount importance. The Auditor-General’s report contains twelve recommendations, three of which are of high priority, aimed at integrating the management of the LCC and accelerating the implementation of the Strategic Management Plan to protect the catchment, which supports the enlarged Cotter Dam,” Ms Lawder said.

“The report also highlights three areas of pine plantation that have been deliberately unmanaged and now present a fire risk according to the Auditor-General.

“The lessons of the 2003 bushfires were painful and in many cases tragic for Canberrans. We do not want to lose sight of those lessons. This report highlights that proper management is needed to reduce the risks.

“While the Auditor-General has identified significant achievements that have been made in some areas, there is still much to be done to protect our water security. The government cannot lose focus in this area,” Ms Lawder concluded.