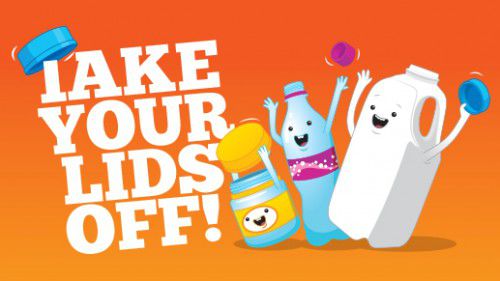 SHANE Rattenbury has launched the “Recycling – take your lids off!” campaign which will urge residents to take the lids off containers before placing them in the recycling bin.

“Canberrans continue to be among the best recyclers in the country, but there are a few small behavioural changes we can collectively make to be even better,” Shane said.

“Containers such as soft drink bottles, milk bottles and jars that are placed in recycling bins with lids still on them cause sorting issues for the ACT’s Materials Recovery Facility.

Shane said this campaign follows on from one late last year that encouraged people not to put their recycling in plastic bags.

“The campaigns aim to promote behavioural change in the recycling habits of Canberra residents and reduce the amount of contamination at the Materials Recovery Facility.

“I encourage all Canberrans to think twice before leaving lids on their recycling. The lids should also be placed in the recycling bin. It is a small behavioural change that will make a big difference.”

Visit www.tams.act.gov.au for more information on what can and can’t be recycled and other community programs which support recycling in the ACT.

CityNews - November 23, 2020
0
Restrictions on travel from Victoria to the ACT have been lifted today with quarantine-free travel to the territory now open to all states and territories.