IT’S showtime at Canberra Grammar School as the school’s quad has been taken over by a 35 metre circus tent for their performance of ‘Barnum – The Musical’. 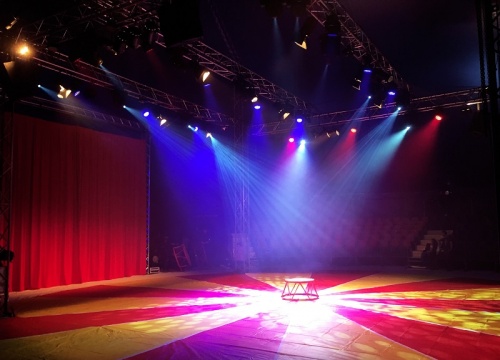 The legendary P.T. Barnum, known as the “Prince of Humbug”, would be pleased.

The school, in association with Canberra Girls Grammar School, will be performing ‘Barnum – The Musical’, the Bramble/Stewart/ Coleman show that captures the showmanship, the imagination, the curiosity and wonderment of one of America’s pivotal figures of the entertainment business.

The performance, they say, staged in the Barnum Big Top on the grounds of the school, forges new territory as a performance space, offering exciting challenges for the actors, musicians, crew and creative team – totalling more than 160 students from Years 5 to 12 from both schools.

“CGS values the arts as an integral and crucial aspect of life for students and staff, “ says Marty Steven, director of Co-Curricular, adding, “the school aspires to innovate not replicate, to challenge convention and inspire leadership in all facets of the arts from music, drama, design, art and technology in events we run”.

Beth Patterson, a Year 12 student at CGGS who is playing a train station clown says, “Barnum – The Musical has been a fantastic opportunity to meet new people and collaborate to achieve a terrific show, develop new skills from a wider ensemble of peers and staff, and exhibit the amazing talent of all involved”.

With displays of acrobatics and gymnastics, singing, fabulous costumes and a great cast, it’s bound to impress, director Simon Hughes believes, adding, “what you will see is the culmination of nine months of preparation from the initial concept stages in August 2014, to auditions, presentations, boot camps and rehearsals until the performances in May 2015.”

‘Barnum – The Musical’, at Canberra Grammar School, Monaro Cres Red Hill, tonight, Friday May 22 at 7pm and tomorrow, Saturday May 23 11.30am, Saturday night performance booked out, Bookings to cgs.act.edu.au or 6260 9606.

CityNews - July 13, 2020
0
Following reports that a group of people broke into a Spence home and assaulted, robbed residents early on Friday (July 10) morning, three people have been arrested.