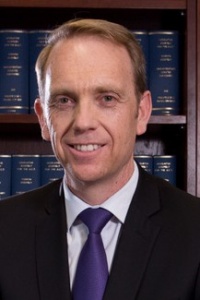 SIMON Corbell has been appointed as one of three patrons to the Australian Solar Council, a solar energy national body supporting solar use in scientific, social and economic development.

“I am honoured to be appointed a patron for the Solar Council, along with Christine and John, to help advocate the importance of solar energy for Australia’s future,” Simon said.

“The council’s advocacy work directly promotes research, development and adoption of solar energy and contributes significantly to the sector.

“The appointment of patrons from right across the political spectrum is indicative of the importance of solar to Australia’s future.

“Renewable energy, including solar, will play a big part in reducing our greenhouse gas emissions whilst growing the economy and creating jobs for the ACT.

“I would like to thank the Australian Solar Council for this appointment and I look forward to continuing to advance the cause of solar energy for our community.”

Helen Musa - January 19, 2021
0
The second annual free Kambri Film Fest is due to kick off on the ANU campus and by no coincidence at all, the focus will be on women, writes arts editor HELEN MUSA.