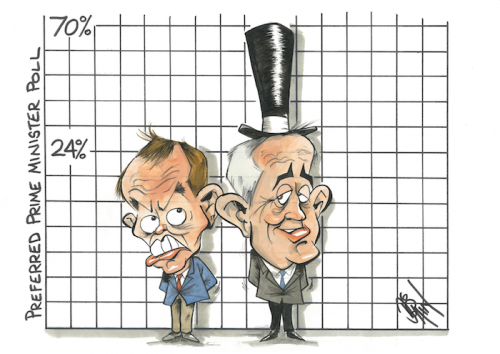 The most common response is reported to be one of relief.

The people of Australia appear hardly to have missed a beat. The third first-term Prime Minister in five years has been rejected and replaced by party colleagues and, in the main, we, the people, with little more than a disparaging shake of the head and a mumble about what a hopeless rabble politicians are, get on with our lives.

Any analysis of community response to the latest Prime Ministerial sacking leads to some uncomfortable conclusions, especially for politicians and the main political parties and perhaps more importantly, the health of our democracy and the state of civil society in Australia.

Chief among these, which not even the most thick-skinned or narcissistic politician can avoid is the poor light in which politicians, political parties and governments in Australia are held.

The muted reaction also suggests, somewhat alarmingly, that people really don’t care who the Prime Minister is and don’t think it matters much whether the person they assumed would be Prime Minister when they voted continues in the role.

The more likely explanation, and the one I accept, is that Australians are currently so disenchanted by the quality of political leadership and of government that they increasingly disengage from politics and civil society. The current attitude is very much about wishing a pox on all their houses.

The behaviour of our Federal politicians over the last three parliaments, including the games of musical chairs they have played, have clearly not generated much glory or praise.

The dysfunction, apparent incompetence and sense of chaos that characterised the last two Labor governments and this Liberal government have certainly played a singular part in poisoning the political well and eroding trust and respect for politicians and politics.

I know to the Liberal Party) is: What is it about the current operations of the party system that is so alienating that the number of members of political parties has dropped through the floor and people interested in politics are actively seeking to pursue their interest in ways that avoid joining a party?

The answer is clearly related to the behaviour and quality of our politicians. There is certainly an aversion to the ugly aspects of adversarial politics. The name calling, the insults, the appearance of opposition for opposition’s sake and the, at times, immature behaviour of members of parliaments (particularly in question time) and the overweening sense of entitlement revealed by the recurrent travel scandals, is all a turn off for many people.

Having said that, I have in recent times lamented the cosy bipartisanship that has featured in debates on issues such as asylum seekers, immigration, so-called border protection, terrorism, national security and law and order and would appreciate it if our elected representatives showed a bit more backbone on these sorts of issues and were prepared to agitate for a position of principle. I sometimes wish for more adversity than is generated.

Prof George Williams, of the University of NSW, maintains a log of laws passed, in large measure through the collaboration of the Labor and Liberal Parties, in Australia since the 2001 terrorist attack on the World Trade Center in New York, which either erode the rule of law, civil liberties and human rights or diminish democratic rights. The count has reached 360 and is rising.

Many Canberrans, I suspect a clear majority, are offended not just that these sorts of laws are being passed but that all four of our Federal representatives, Labor and Liberal, support them. There is a growing feeling in an increasing section of the community that their views are not being represented. That they are voiceless.

By way of recent example, all four of the ACT’s representatives voted for the Border Force Act, which criminalises behaviour of professionals such as doctors

, nurses and child-protection workers who speak publicly about the needs of asylum seekers, including children, in detention. I don’t think I know a single person in Canberra who thinks this law is justified or appropriate, yet all of our elected representatives voted for it.

Another recent law that our four representatives supported is, I think, excluding laws related to the White Australia policy and the treatment of Aboriginal Australians as non citizens, the most anti-democratic law passed since Federation. Namely the decision to repeal the Norfolk Island Act and abolish the Norfolk Island Legislative Assembly.

I am stunned that in 2015 in Australia that our government, with the active support of all members of the parliament (including all territory representatives) trashed a most basic human right of an entire Australian community by removing

their right to vote.

It is not, of course

, just the behaviour of our politicians that is turning people away from political parties. Both the Liberal and Labor Parties are increasingly being recognised for what they are. Namely closed shops where factions and cliques dominate and control all important decision making, most particularly the pre-selection process and in which power is not shared with the membership.

Not to put too fine a point on it almost all appointments are made on the basis of who you know and where you rank in the faction. The parties are essentially indistinguishable in this regard. An honest debate about which organisation is the more ruthless, controlling and undemocratic of (say) the NSW ALP Sussex Street gang or the NSW Liberal Party Executive Committee would be a draw.

As to the future, who knows? The bookies, it seems, have settled on Turnbull and there is talk that the ALP may now pay

a price of as long as a decade in Opposition for the shambles it created when last in government.

A day in politics is of course

a long time and the motto of any opposition is always, as it should be, “never say die”. So the ALP should not despair, at least not publicly. It could, for inspiration, look at the astounding victory against the predictions of all the pundits, and the odds, of the Brave Blossoms against the mighty Springboks in the Rugby World Cup.

Unfortunately, there is a major difference between the Japanese Blossoms rugby team and an ALP parliamentary team. The Blossoms are selected on merit.

Jon Stanhope was Chief Minister from 2001 to 2011 and represented  Ginninderra for the Labor Party from 1998. He is the only Chief Minister to have governed with a majority in the Assembly. 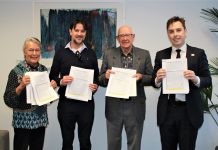 Lucy and Bones to make ‘golden’ music together