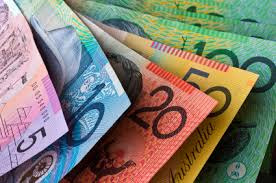 THE ATO is warning the public to be aware of an aggressive phone scam circulating where fraudsters are intimidating people into paying a fake tax debt over the phone by threatening jail or arrest.

Second Commissioner Geoff Leeper says the ATO is very concerned about taxpayer privacy and is reminding people of the key differences between a scam of this nature and a genuine call from the ATO.

“We make thousands of outbound calls to taxpayers a week, but there are some key differences to a legitimate call from the ATO and a call from a potential scammer” Geoff said.

“We would never cold call you about a debt; we would never threaten jail or arrest, and our staff certainly wouldn’t behave in an aggressive manner. If you’re not sure, hang up and call us back on 13 28 69.”

Geoff says that scammers pretending to be from the ATO are generally more common during tax time and encouraged people to be vigilant and to protect their personal information.

If people think they may have fallen victim to a phone scam they should contact the ATO on 13 28 69.

For more information and examples of recent scams visit the ATO website or SCAMwatch.