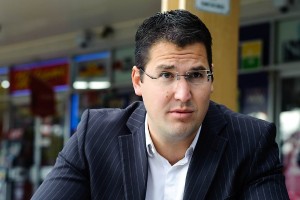 LIBERAL Senator Zed Seselja kicked off a fight this morning attacking the public sector union for not using the Australian Electoral Commission for its ballots.

“The Community and Public Sector Union was last night outed at Senate Estimates for outsourcing all of its Protected Action Ballots (PABs) in the current public service bargaining round to a private company instead of the Australian Electoral Commission. In doing so, it is threatening the jobs of its own members in the AEC,” Zed said.

“The CPSU’s hypocrisy and dissembling on outsourcing is now evident for all to see. Incredibly, it is using its own members’ money to divert this work away from its members in the Electoral Commission to the private sector.”

In reply Alistair Waters, the Community and Public Sector Union National President, had this to say:

“Perhaps the Senator should check his facts again before he takes the same cheap shot at the CPSU. As we pointed out last year when he first made this slanderous claim, we had asked the AEC to run electronic ballots but it told us it didn’t have the resources to do the job. CPSU members take democracy seriously so we needed a system that enabled as many people as possible to vote, which is why we made this decision. Employers can use emails to get staff to vote on agreements so we feel we should running ballots electronically because they are both efficient and timely.

“If Zed’s genuinely concerned for the AEC’s important role, he could start by advocating for a Budget increase for their work including the capacity for them to run electronic ballots. Instead he would rather make mischief by repeating claims he knows are simply not true. And, if he is so concerned about the public sector, then perhaps he can stop his government from cutting a further 8,500 jobs from the public service.”