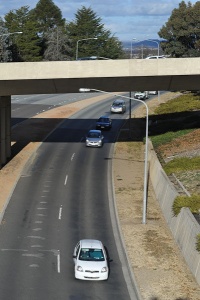 He says that while the ACT performs quite well when compared to other jurisdictions, we are still some way off reaching our vision of zero deaths on ACT roads.

“Road trauma is not inevitable. In fact, most of the deaths on our roads are preventable and we need to share the responsibility for road safety as a community,” Shane said.

“The philosophy we are applying to road safety in the ACT is called ‘Vision Zero’, which means we strive for zero deaths and zero serious injuries on ACT roads.

“It’s important to apply this Vision Zero filter to all our decision making. It might mean, for example, that we lower speed limits, which some people find inconvenient. But the rationale is that these slower speeds translate directly into road safety outcomes.

“This year’s report card is focused on the 2014 calendar year and includes performance data and information on key programs and other initiatives delivered or developed in 2014. In 2014, the ACT again performed better than national rates across all high level performance indicators.

“Before the end of this year, I will release a new ACT Road Safety Action Plan 2015–2018 that will include a range of innovative measures across each of the safe system pillars of safer speeds, safer roads, safer vehicles and safer people.”