The two consortia, ACTivate and Canberra Metro, contain some of the world’s biggest and most respected companies when it comes to delivering major infrastructure projects and operating successful public transport networks.

The successful consortia will now progress through to the request for proposals stage before a successful bidder is selected in early 2016 with construction to commence later that year.

“Following a strong industry response from local, national and international companies and detailed evaluation of the four expressions of interest, I am pleased to announce ACTivate and Canberra Metro have been shortlisted,” Simon said.

“The makeup of each consortium is reflective of the high level of interest and strong market appetite for the project. The strength of the four consortia to express interest in Capital Metro stage one is reflected by the obvious high quality of the two consortia that have been selected for the RFP stage.

“To have two consortia with such a high level of experience in international and national transport projects competing to deliver this transformative infrastructure project is a fantastic result for the ACT.

“The expression of interest stage required consortia to demonstrate their capability in meeting five core criteria. They were evaluated on their experience in successfully delivering comparable projects, ability to manage safety issues, demonstrated understanding of commercial and risk management matters, financial capacity as well as meeting and understanding the aspirations of the project.

“Capital Metro stage one will support over 3,500 jobs during construction. These jobs will create new opportunities for local businesses and significant economic benefit for the whole of Canberra.”

Capital Metro has a local industry policy to encourage Canberra region companies to become involved in the project and the ACT Government will arrange information sessions between local businesses and both consortia in coming months.

The RFP will be issued to the shortlisted respondents in April 2015. The selection of a successful bidder to design, construct, operate, maintain and finance the light rail service from the City to Gungahlin will occur in 2016, with construction to commence later that year.

The two consortia are:

Collectively they have been involved in such projects as: 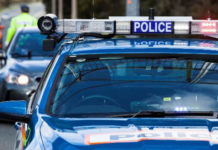 Danielle Nohra - December 1, 2020
0
THIS bushfire season, fires could blaze closer to home, and ACT Rural Fire Service’s acting chief officer Rohan Scott is urging all Canberrans to have a survival plan in place in case they do.