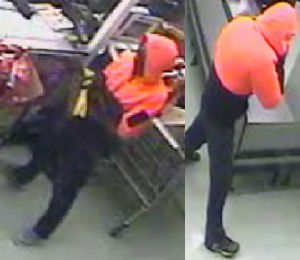 The staff members complied and the two men fled the store running to a small white car being driven by a third man.

Around 9:30pm, officers responded to a report of a car on fire in Farrar. This car has been identified as the one used during the aggravated robbery.

At the time of the incident, both offenders were wearing orange and black high visibility ‘hoodie’ jumpers, dark coloured pants and dark coloured face coverings.

Police are urging anyone who may have witnessed the incident or has information that could assist police to contact Crime Stoppers on 1800 333 000, or via act.crimestoppers.com.au. Information can be provided anonymously.