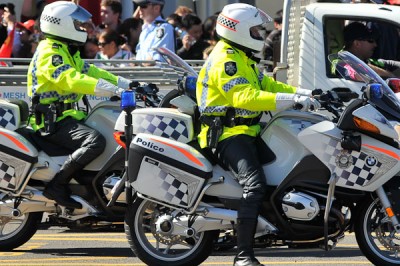 About 9am, Gungahlin Patrol members driving witnessed a red Yamaha RI motorcycle being driven dangerously through Giralang, overtaking vehicles over a painted traffic island. Police activated lights and sirens on William Slim Drive, McKellar, to signal the motorcyclist to stop. The motorcyclist failed to stop and continued along William Slim Drive, passing through the roundabout with Owen Dixon Drive. Police deactivated the lights and sirens and made no further attempt to pursue the motorcycle.

A short time later, Police attended a minor collision at the intersection of William Slim Drive and the Barton Highway, Giralang, involving the motorcycle and an ACTION bus. The ACT Ambulance Service was not required to attend.

The man did not have a motorcycle license, his ACT Class ‘C’ drivers license was disqualified and the motorcycle was unregistered.

The man underwent roadside drug screening, returning a positive indication for the presence of drugs. The roadside results are yet to be confirmed by a laboratory test.

The man was arrested and taken to the ACT Watch House where he was charged with traffic, weapon and drug offences. 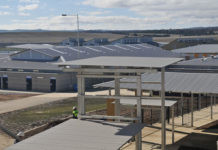