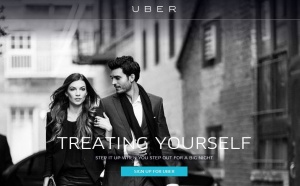 ANDREW Barr and Shane Rattenbury have announced that the ACT has become the first jurisdiction in Australia to introduce regulated ridesharing.

“Ridesharing in the ACT will allow drivers to carry passengers through services such as Uber, OnTap and GoCatch. This will improve travel options for Canberrans, reduce fares for the community through competition and drive further innovation in the demand responsive transport industry.

“As announced on 30 September 2015, rideshare and third party taxi booking services can now begin operation under conditions and oversight by Access Canberra. These arrangements will ensure public safety with appropriate criminal and driving history checks, the requirement of roadworthy vehicles, and specific CTP and third party property insurance coverage in place.

To ensure a level playing field for existing taxis and hire cars, the ACT Government has introduced immediate changes to significantly reduce a range of fees and charges including:

“Taxis will retain their exclusive role in providing rank and hail service to passengers in the community and the provision of wheelchair accessible taxi services,” Andrew said.

Shane Rattenbury said that taxi industry reform is part of broader government improvements to the public transport system in the ACT, with benefits to the economy, the community and the environment.

“This is a new era for on-demand public transport in the ACT,” Shane said.

“The introduction of ride sharing will see greater diversity in the range transport options available to Canberrans and more competition across the private transport sector, which will hopefully lead to better competition in terms of pricing.

“Under these reforms the wheelchair accessible taxi service (WAT), its booking arrangements and the Taxi Subsidy Scheme (TSS) will not change. The quality of the WAT program is valued by the ACT community, and the Government resolves to retain its prominent role in serving those living with disabilities. The Taxi Subsidy Scheme will not apply to ridesharing activity.

For more information on the Taxi Industry Innovation Reforms and to view the On-demand public transport reform document, economic modelling by the Centre for International Economics and public submissions received as part of the community consultation, visit: act.gov.au/taxi-industry-reforms

CityNews - January 25, 2021
0
More than one third of deaths among Aboriginal and Torres Strait Islanders were caused by smoking, according to a new ANU study released today (January 25).