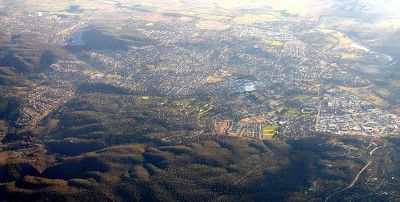 UNIONSACT says more than 100 volunteers will be participating in the largest ever door knocking event in the federal seat of Eden-Monaro on Sunday.

Coordinated by UnionsACT, teachers, nurses, public servants, fire fighters, students and retirees will come together under the banner of “Build A Better Future” to talk with local residents about their concerns for the direction of our country under the Abbott Government.

The volunteers will speak to local residents about their concerns on the issues relevant to them and encourage voters to put the Liberals last at the next election.

Alex White, Secretary of UnionsACT say this will be the biggest door knocking effort that Eden-Monaro has ever seen and will be the first of many in the lead up to the next Federal Election.

UnionsACT’s doorknocking effort is part of Australian Unions biggest ever national door knock taking place on the weekend of 12 and 13 September in 25 key marginal seats that will determine the outcome of the next Federal Election.

Michelle Grattan - August 3, 2020
0
The Victorian lockdown has not just become drastically harsher - it is now due to run through until September 13, writes political columnist MICHELLE GRATTAN.