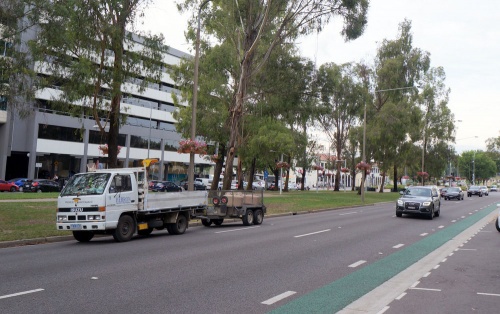 THE Liberals’ Alistair Coe is asking unkind questions about the Government justifications for clear felling the urban forest of Northbourne Avenue to make way for light rail.

“Simon Corbell and his assistant Shane Rattenbury need to explain why the health of trees on Northbourne Avenue seems to have deteriorated so rapidly since a report in 2010 stated most were in good condition. The government has said they need to bechopped down because the trees are dying. Is that just a convenient excuse to further the light rail project?” Alistair asked.

“The ‘Tree Inventory Report for ACT Government’ prepared by a consultant is dated in 2010 and was obtained under freedom of information last year. This report seems to show that the trees between the City and Dickson are performing well, contrary to what Mr Corbell and Mr Rattenbury now believe.”

“If a Liberal government proposed chopping down 484 trees, there would be an outcry from Labor and the Greens and they would be chaining themselves to those trees.

“However, because of their blind determination to proceed with light rail, Labor and the Greens have double standards. The government needs to offer an explanation,” Mr Coe concluded.