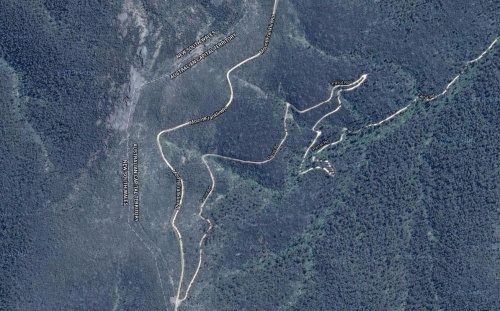 “Design and planning of the upgrade began shortly after the 2003 bushfires and we now have improvements to over 70 kilometres of Mount Franklin Road,” Neil said.

“This now means that heavy fire fighting vehicles have faster and safer access to the western border of the ACT, which in turn means greater protection for the Bendora, Cotter and Corin catchment areas, as well as Namadgi National Park and the ACT in general.

“These improvements will greatly improve access for emergency services to the area and will also provide a strategic firebreak which will reduce the risk of bushfires affecting the Corin and Bendora water catchment areas.

“The third and final stage of works was conducted on a 20 kilometre section of road from the Mount Ginini car park to the Cotter Hut Road intersection.

“Work included widening the existing trail from 3 metres to 5 metres and the installation of more than 70 sets of concrete culverts to allow better drainage. Extensive road sheeting was laid on sections of road impacted by erosion and degradation to allow for access in all weather conditions including heavy snow.

“Vehicles travelled over 120 kilometres to deliver material to the site. The work was also conducted under strict environmental guidelines to minimise the impact of works on high conservation areas within Namadgi National Park.

“Several creek crossings had to be constructed and erosion control measures have been put in place, including gabion baskets, silt fencing and coir logs.”

Review - April 11, 2021
0
The National Opera, performing one of Mozart’s last operas, “La Clemenza di Tito”, stepped out for 2021 in its first performance of this dramatic and compelling work.