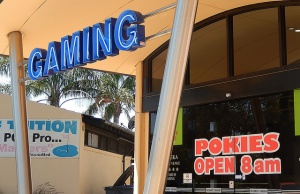 TANYA Davidson from the Australian National University (ANU) Centre for Gambling Research says people with gambling problems account for almost half of gambling losses in the ACT.

“While only 5.7 per cent of the population has some degree of problem gambling, they accounted for 44 per cent of gambling revenue in the ACT in 2014,” Tanya said.

“The research analysed data from a 2014 survey on gambling, health and wellbeing and compared it with data collected in 2009 to draw up a profile of ACT gamblers and gambling trends.

“A disproportionately large amount of gambling revenue in the ACT is derived from people who report problem gambling.

“People with some degree of gambling problems account for just under half of all gambling losses. More than one dollar in every five, or $60 million, came from the 1.5 per cent of ACT adults with the most serious degree of problem gambling.

“Gambling expenditure fell substantially from $288 million to $230 million between the 2009 and the 2014 studies. However, the proportion of money lost by people with gambling problems has remained constant over the five years.

“The analysis found that about two thirds of losses from betting on sports or special events, poker machines and horse and greyhound racing came from people with some degree of gambling problems.

“In contrast, only 18 per cent of money lost on lotteries came from people with some degree of problem gambling.

“It seems that people with problems account for a large proportion of gambling revenue, regardless of whether they are gambling over the internet or not.

“The report also describes major differences in gambling patterns between men and women, and people with different levels of education.

“Men gamble more than women, and men account for more than 80 per cent of losses on races, sports or special events and for the money lost over the internet.

Paul Dorin - October 19, 2020
0
Heading back to working from the office? PAUL DORIN sees a pitfall.