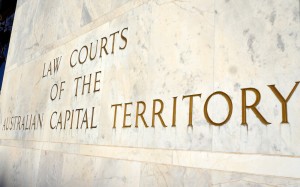 SIMON Corbell says the ACT will have a fifth resident judge from 4 July with the appointment of Judge Michael Elkaim SC as a judge of the ACT Supreme Court.

“The appointment of a fifth judge for the ACT is an important milestone for the territory,” Simon said.

“Canberra is a growing city and demand has now reached the point where it is necessary for the territory to have another full-time judge. The government committed in the 2015-16 budget to a fifth judge for the ACT from July 2016 and we are now delivering on this important commitment.

“A fifth judge will allow our courts to build on the excellent work done in recent years to increase access to justice and improve timeliness. It will also allow the courts to meet increasing demand for years to come.

“Judge Elkaim has almost 40 years experience in the legal profession. As a barrister, he practised for almost 30 years in a range of courts and jurisdictions, including conducting litigation in the fields of common law, family law, criminal law, commercial law and appellate work. He was appointed Senior Counsel in NSW in 2002. Judge Elkaim has also been a Deputy Chairman of the NSW Medical Tribunal.

“Judge Elkaim is highly regarded and has a reputation as an effective and diligent district court judge.

“Judge Elkaim will bring significant expertise and experience to the ACT Supreme Court.

“I congratulate Judge Elkaim on his appointment, and I am confident he will make a valuable contribution to the court.

“I am sure the people of the ACT will be well served by their new Judge.”

Michelle Grattan - November 27, 2020
0
The question is whether, pushed by international forces and the approach of an election, Morrison will adopt the target ahead of the Glasgow climate conference late next year, writes political columnist MICHELLE GRATTAN.