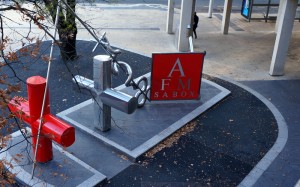 “The signing of this new agreement is part of phase two of the relocation of ACT Health staff to Woden,” Simon said.

“Planning is already underway and the office fit-out is expected to begin in the coming months.

“150 ACT Health staff relocated to Woden earlier this year as part of phase one.

“The signing of this long-term agreement is an exciting step forward in ACT Health’s plans to co-locate 750 staff from non-clinical and administrative functions to one location, close to the Canberra Hospital campus.

“This also provides local restaurants, cafes and other businesses and service providers in the Woden region confidence that the town centre will soon have an increase in activity, with the second wave of staff to start arriving by the end of the year.

“With the town centre in such close proximity to the hospital campus, the ACT Government wants to transform Woden into the city’s leading health hub, and the signing of this agreement reinforces these plans.

“In November last year, the ACT Government announced that up to 1100 ACT Government staff will move to the Woden town centre under plans to streamline Government operations, reduce inefficiency and improve health services.

“Owned by Quintessential Equity, 2-6 Bowes Street was successful through a competitive Registration of Interest process, which closed in December 2015 and attracted nine respondents.”

CityNews - February 25, 2021
0
A “world-first” new invention from scientists at ANU promises to dramatically improve the screening and treatment of stroke, heart attack and covid-induced lung failure.