CANBERRA’S unemployment rate is the lowest in the country, falling 3.4 per cent in October. 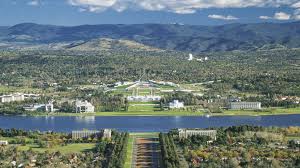 Leader of the ACT government, Andrew Barr says despite years of Liberal cuts, Canberra continues to have one of the lowest unemployment rates in the country because of investment in the economy.

“We have a strong pipeline of infrastructure projects, including the city wide light rail network, which will deliver thousands of jobs over the next decade.

“Some of the biggest multinational companies in the world are investing in stage one of the light rail project.”

According to the ANZ “Stateometer” released yesterday, the ACT’s economy continues to be the fastest growing economy in the country.