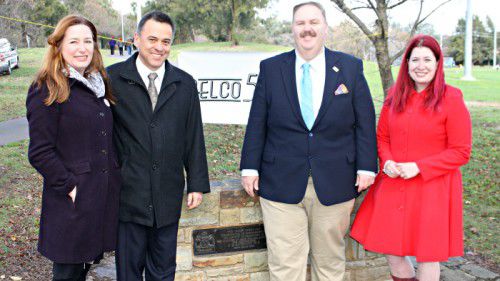 “It is an honour to be a part of the 50th birthday celebrations for our great region of Belconnen,” Chris said.

“Since moving to Belconnen in 1993, I have loved the place. It fills me with pride to be able to represent the people of Belconnen in the ACT Legislative Assembly and to have been able to play a small role in the shaping of our community.

“Belconnen has gone from being a distant periphery to being a key hub of activity in Canberra over the last 50 years. We have seen expansion, new suburbs and services, great economic growth and a tremendous increase in diversity of backgrounds, cultures and beliefs in our community.

“Happy 50th birthday to Belconnen – it has been a great half-century and I look forward to seeing what the next 50 have in store.”

Ms Berry, who has lived in Belconnen for 40 of Belconnen’s 50 years, reflected on how much the area had changed.

“My family moved to Holt when it was still on the very outskirts of Belconnen,” Yvette said.

“But even as Belconnen has grown it has remained a really welcoming community. I’m raising my kids here because it is still possible for them to ride their bikes down to Lake Ginninderra for a swim in summer and walk to their excellent local public schools, just like I could.

“I’m also excited to see Belconnen growing. The University of Canberra, the new UC Public Hospital and the rejuvenation of Emu Bank through the Arts Centre precinct are bringing a lot of life to the area. It’s an exciting time to live here.”

The ACT Government supported the Belconnen 50th birthday celebrations with a $20,000 grant from the 2015-16 Community Support Fund.