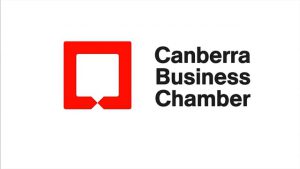 “In December 2015, national retail turnover was completely flat when seasonally adjusted, although it did grow over the past year,” Robyn said.

“The ACT bucked the national trend and in seasonally adjusted terms retail turnover was up 2.4 per cent.

“This is a very positive turnaround as our retail sector has struggled in recent times. It is an optimistic start for 2016 and it looks as though concerns about local jobs and the economy that were present in 2015 have lifted.

“Other retailing, such as pharmaceutical, cosmetic, and recreational goods was the best performer over the period, rising 16 per cent. Retail turnover for cafes, restaurants and takeaway food services grew 11.3 per cent, household goods were up 10.9 per cent and department stores improved by 5 per cent.

“It is great to see consumer confidence returning to the ACT and how this is helping our local businesses.

“This confidence, combined with strong demand, is also driving up home prices. The CoreLogic RP Data Home Value Index shows that Canberra home prices rose by 2.8 per cent in January – the largest increase across all jurisdictions.

“However, ABS Building Approvals figures suggest a slow–down in building approvals in the ACT.

“The retail trade turnover report shows our economy is diversifying and businesses in a number of sectors are performing strongly. However, construction is still a key plank in our economy and we will need to keep an eye on building approvals and dwelling commencements during 2016.”