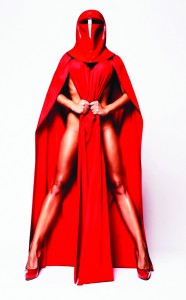 “A LONG time ago in a galaxy far, far away, there was a dream, a dream of a man who had too much time on his hands…” and so the diatribe begins and continues about Russall S. Beattie, who had the idea of creating a burlesque show from “Star Wars”, to wit “The Empire Strips Back, a Star Wars Burlesque Parody”.

And with the latest movie iteration, he’s opportunistically dusted the idea off for “Episode VII”, taking the classic “Star Wars” characters and dropping them (and presumably their pants) into the world of burlesque, which will grace the Canberra Theatre stage on February 20.

IN the shadow of more mass shootings in the US, the Sporting Shooters’ Association of Australia has deigned to “give the gift of knowledge” to the nation’s media and lawmakers in the form of its creepy “A Journalist’s Guide to Firearms and the Shooting Sports”.

Apparently, it’s a “must-have for those tasked with reporting or speaking about firearms-related topics, specifically written for those who may not have handled a firearm before”.

On Page 58, the publication makes a stomach-flipping virtue of being a sponsor of the Boundless Canberra playground: “The SSAA wholeheartedly supports Boundless Canberra in its initiative to provide a recreational outlet for children of all abilities – a mindset which is consistent with the association’s philosphy of giving everyone a fair go.”

But the stand-out is the arrogance of the association’s “10 commandments for journalists” where scribblers are urged, among nine other directives, to “get both sides of the story to avoid sensationalising the firearms debate”. We’ll do our best; now where’s the bin.

IF you wondered what Shane Rattenbury did over the summer break wonder no more: the ACT Greens leader spent the time doing a lot of thinking about the October election and getting “so excited about what we can achieve together,” he writes in an American-style tin rattler to the party faithful.

He says “this is our time” and that they’re “ready to go” with a campaign aimed at getting “more Greens elected to the Assembly, keep the Liberals out and get a Green elected to the Senate”. Not a disparaging word for his Labor besties, you will note.
Apparently they “must” raise $10,000 by the end of the month, but if they don’t? 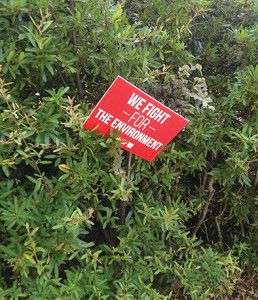 THIS discarded placard was spotted recently in the bushes near the National Archives by a public service snout on her way to work. “So much for the environment, she sniffed.

HILARIOUS! In a sniffy “memo to media”, the Australian Monarchist League’s Garth Leggatt writes that “we are getting fed up with the way in which the media portrays us as old fogeys and assumes that we are led by Prof David Flint who has nothing whatsoever to do with our young and vibrant organisation.”

He goes on to bag out the esteemed prof as being “the convener of Australians for Constitutional Monarchy, which many of us view as a semi-republican organisation as it espouses what they call a ‘crowned republic’ and denies the Queen her rightful place as our sovereign head of state.” “Most of our members are young Australians anxious to retain the security of our system of constitutional monarchy,” he says.

“We would appreciate your not misleading the general public and, in future, kindly desist in identifying us wrongly. We are Australia’s largest member-based monarchist organisation and one which is led mainly by young people.” 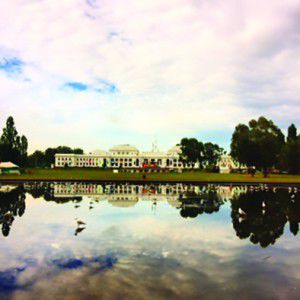 THE gift of rain… the water in the “pond” near the tent embassy inspired reader Mike Welsh as he sashayed by to capture this delightful shot of Old Parliament House. 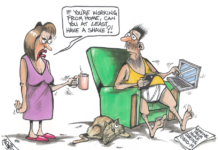 CityNews - March 23, 2020
0
After the coronavirus testing criteria was expanded yesterday (March 22), Canberrans have flocked to the drive-through testing site at Exhibition Park.