VIETNAM vet John Verhelst, who served in South Vietnam with the Australian Army as a conscript over 10-months in 1970/1, these days lives in Merimbula and is president of Headquarters 1st Australian Task Force, which was based at Nui Dat in Phuoc Tuy Province from 1966 until late 1971 and encountered much enemy action.

Every two years since the late ’90s the group, all now in their late 60s, 70s and 80s, has held a reunion and in October plans to meet up in Caloundra on the Sunshine Coast.

“With objectives to improve health and well-being and to reduce social isolation, the reunion plays a significant role,” says John.

“Due to the financial situation of many of our members (over 45 per cent of our disabled members live in poverty and they find it extremely difficult attending these reunions) we seek sponsorship from Australian companies.”

And how did the grateful corporate sector respond? In October John sent more than 220 letters to companies. To date he’s heard back positively from Dick Smith (“as always”) and a catering company in Melbourne. He’s had negative responses from about 10 companies and “a deathly silence from the others”.

“I thought it could be of interest for you to be aware of this ‘generosity’ of our larger, in most cases, most-profitable companies,” he says.

“Yes, we as an association are aware that companies are inundated with financial sponsorship requests, however I do feel we are forgotten (or in many cases the decision makers probably have no idea what we went through).”

MUSICIAN Xavier Rudd will headline the Wanderlust yoga and music festival to be held in Thredbo, February 18-21.
Wanderlust will bring together yoga and meditation instructors, speakers, performers, artists and chefs for the four-day celebration of “mindful living”.

Wanderlust produces the festivals worldwide and this year will be the first one of its kind at the Thredbo Alpine Village.
International yoga teacher Elena Brower, who has been teaching yoga and meditation since 1999, will be there offering what she calls yoga and meditation as a way to approach the world with realistic reverence and gratitude.

AND a Happy New Year to the Labor Party… Jeremy Hanson has started gnashing his ideological teeth with his first newsletter of the election year. Usually the Opposition Leader’s notes are chummy and benign, but this time he’s taking big bites out of Labor’s vulnerable bottom with snarling commentary on the state of health, police cuts, education and this doozy under the heading “15 years of ACT Labor is enough”: “Through its ownership of hundreds of poker machines, ACT Labor is also ripping an extraordinary $25 million a year out of some of Canberra’s poorest families, through what most ethical people consider both morally corrupt and a gross conflict of interest.

“Andrew Barr now wants to spend billions of dollars on a tram network and continue his massive rates increases, which are hurting so many people.”

This follows the former army officer’s challenge late last year to the Chief Minister to debate him on 2CC, but Andrew’s stayed out of that firing line. 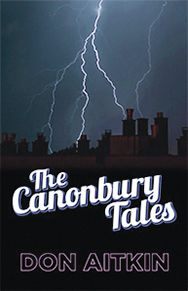 THAT old joke – What do accountants use for contraception? Their personalities – plays perfectly into the modus operandi behind local author Don Aitkin’s new book, “The Canonbury Tales”.
He says it’s a novel based on a set of connected stories about love and romantic encounters told by a group of accountants and finance people marooned for one evening at a resort, where all they can do is talk.
“I picked accountants, as they get such a bad press from the literati. I’ve known quite a few, and they all seemed human to me,” says Aitkin.

Copies of the book are at Harry Hartog, Dymocks, Beyond Q, the NLA bookshop, Paperchain and via Kindle. 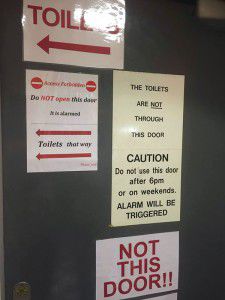 IT’S been a top night at Smith’s Alternative in Civic, great music, great jokes, great craic then nature calls. Where to go? Well certainly not through this door; this is not the toilet door, turn left, not here, go away, the door implores. And yet out they go, blind to the signs and out through the alarmed door to the chagrin (that’s putting it politely) of the management.

CityNews - October 28, 2020
0
Canberra unit prices have fallen 2.1 per cent over the September quarter, down 2.6 compared with this time last year, according to a new report.