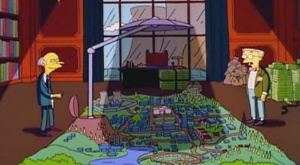 “The changes will improve housing affordability and reduce delays in building homes.

“Our changes to solar access will better meet the needs of the community and industry because they ensure solar access for new homes, protect the solar access of neighbouring blocks and encourage houses designed with good solar amenity.

“After consulting with the community and the housing industry, I have decided the most significant changes will only apply to Canberra’s newest suburbs, that is blocks approved under an estate development plan on or after 5 July 2013. Variation 346 to the Territory Plan changes solar access and glazing requirements for these blocks.

“Some minor changes improving clarity and simplicity will apply to all residential blocks.

“This variation is the first part of a two-stage process. The Government will keep working with the community on how we can optimise solar access in existing residential areas existing areas.

“The changes introduced with Variation 346 were designed in close consultation with architects, building and planning industry professionals, and community association representatives.

“We have listened to community feedback on issues relating to solar access and Variation 346 responds to that feedback. We have more work to do to strengthen solar access across the Territory in existing areas. We will do this work in close consultation with the community and industry to make sure our solutions are suitable.

“Approving the revised solar envelope and glazing requirements just for new areas during this sitting of the Legislative Assembly will bring immediate benefits for home builders and developers in new suburbs such as Molonglo, Throsby and west Belconnen. They bring certainty and encourage good quality development.”

What are the changes?

“Territory Plan Variation 346 controls how much shadows cast by a building on one block can impact a neighbour,” Mick said.

“The new provisions allow slightly more shadow on the northern boundary, but are designed so the shadow on the shortest day of the year will still be minimal. In many cases the shadow will be low enough to not shade normal windows.

“The larger building envelope lets new homes effectively use the north-face of their block and should reduce situations where property owners have to excavate to fit their house into the envelope.

“The changes also strengthen solar access requirements for living areas by requiring new houses to have at least 4m² of north-facing glazing that receives sunlight during the winter months,” Minister Gentleman said.

Public consultation for Draft Variation 346 ran from 18 February 2016 to 7 April 2016, with 103 submissions made. All submissions, the consultation report and a fact sheet on the draft variation are available at planning.act.gov.au

CityNews - August 3, 2020
0
There continue to be no new cases of COVID-19 recorded in the ACT and, over the weekend, the last of the most recent spate of active cases has recovered.