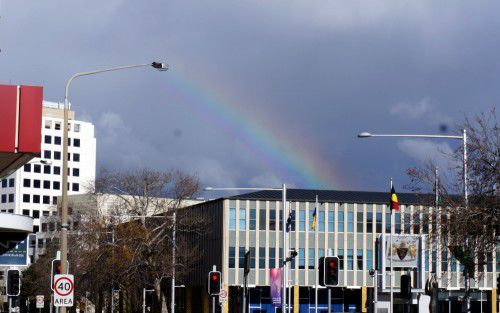 ANDREW Barr says the Civic, Dickson and the Woden town centre will benefit from the relocation of up to 3,800 public servants, stimulating the ACT economy and creating more jobs in the local building industry.

“The renewal of our town centres is a priority for my government, and our recent decision to relocate 1,100 public servants to Woden was a major boost to the town centre.

“Today’s decision will help drive economic activity to the city centre during the working week. It will also support further job growth and creation.

“The construction of office accommodation continues our efforts to supply a steady flow of infrastructure projects in the city, and many retailers in the city centre will benefit from a stronger trade from Monday to Friday.

“The six shortlisted proponents originally selected following a Registration of Interest (ROI) process last year will now be invited to submit proposals to construct a new building on London Circuit adjacent to the Legislative Assembly.

“The ACT Public Service will be a major tenant in this new building, committing to a lease of up to 25 years. However, it is anticipated that the private sector will see this as an opportunity to undertake a major development and potentially include apartments as well as commercial space on this site.

“The Government will also be taking up existing vacant stock in the City and this will begin immediately with the aim of moving additional ACT public servants into the city in the short term. This combination of a new building and the occupation of existing office stock will provide an opportunity for developers and for existing building owners. It will also lead to the revitalisation of Civic and will result in positive outcomes for City businesses.

“The Dickson development will be on the site of the Motor Vehicle Registry and will be a major part of the renewal of Northbourne Ave. It too will have the capacity to include apartments and commercial space and will be adjacent to a new Capital Metro station and new bus interchange. A call for Expressions of Interest will be released to be followed by a tender process.

“The outcome of the ROI process to lease up to 15,500 square meters of currently unoccupied office space in Woden will be announced shortly.