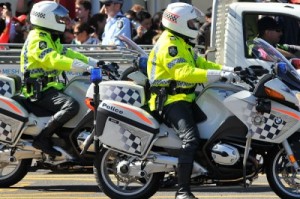 A 28-year-old woman will face the ACT Magistrates Court this morning (Thursday, 20 October) on drug and traffic charges.

About 9.45pm yesterday (Wednesday, 19 October), police conducted a traffic stop after a vehicle came to their attention in Palmerston.

The driver was directed to stop and found to be a disqualified driver. She was arrested and taken to the ACT Watch House where officers further located a trafficable quantity of methamphetamine and a sum of cash, believed to be the proceeds of crime.

The 28-year-old woman was charged with drive while disqualified and traffic in a controlled drug other than cannabis and will appear before the ACT Magistrates Court this morning.

Officer-in-Charge of City Police Station, Station Sergeant Jeff Knight said that ACT Policing is committed to preventing the supply of illicit drugs into the Canberra community.

“If you have information on the manufacturing or dealing of illicit drugs please contact Crime Stoppers on 1800 333 000 or via act.crimestoppers.com.au,” said Station Sergeant Knight.