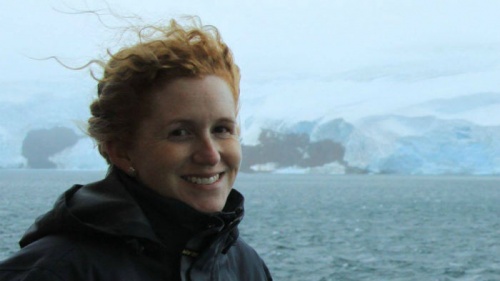 ANDREW Barr has announced that Dr Ceridwen Fraser, whose research is helping us to understand how the physical environment has shaped the diversity of life on earth, is the 2016 ACT Scientist of the Year.

“Dr Ceridwen Fraser is a born and bred Canberran who was educated in our schools, studied at the University of Canberra and now works at the Australian National University as a biogeographer,” Andrew said.

“Dr Fraser is a product of Canberra’s world-class education system, and like many before her has gone on to make a number of achievements in science. I’m delighted that a former Canberra public education student has won this year’s award and I hope it encourages more students to follow in her footsteps.

“Her internationally renowned research is helping understand how plants and animals survive climate changes. Her work has important implications for how we manage biodiversity and ecosystems now and into the future.

“The ACT Scientist of the Year Award celebrates excellence in scientific research and innovation in the ACT and Dr Fraser certainly embodies this. The winner also receives a $30,000 prize.

“Congratulations to Dr Fraser for her outstanding research and for being awarded the 2016 ACT Scientist of the Year.”

CityNews - May 5, 2021
0
"IN the few days after my AstraZeneca shot, I was suddenly aware that my lungs felt much more expansive. The 50 laps in the pool – previously a bit of a struggle towards the end – were easy as pie." Why ROBERT MACKLIN can't wait for his second shot.