BACK in the mid 1990s I worked in a London cinema and, with Australia Day approaching, whipped up a poster for a celebratory barbecue at my house. 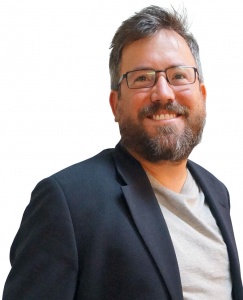 I was surprised to walk past the notice board and find my poster crumpled up in a nearby bin.

I put another one up and later that day caught a Bangladeshi colleague tearing it down.

“Australia Day is racist,” he proclaimed.

This prompted an unedifying bureaucratic skirmish in the company until middle management decided that unilaterally declaring the Australian national holiday to be racist was probably going to be worse for business than the hurt feelings of one Bangladeshi. No-one thanked us for dragging them into the argument.

“Australia Day – Another reason for Australians to have a day off, to over cook anything on a semi-hygienic barbecue and get drunk.” – Urban Dictionary

But it got me thinking about the day and that hasn’t stopped over the intervening 20 years.

This year for all the flag-waving, fly-pasts, and self-congratulation there’s also been some pretty heated debate. People on both sides probably need to calm down before anyone does anything seriously regrettable (not to mention un-Australian) and someone gets hurt.

Some want the date moved simply because there is controversy. Personally, I think this is the worst thing that could be done.

People are upset because of a day that celebrates the injustice of indigenous dispossession and subsequent disadvantage.

How does moving the date address that dispossession and disadvantage? It only means we stop thinking and talking about it, which is nice for those of us who benefit from it in a way I suppose.

It’s been more than 200 years since the First Fleet arrived and began the settlement that, for better or worse, often better, would become what we think of as Australia.

Indigenous Australians are without doubt, on average, disadvantaged compared to the rest of the nation as a result.

At the same time we’re coming up on a thousand years since the Norman Conquest of England and if you spend some time there you’ll notice that in the more advantaged social circles the names take on a decidedly Norman skew.

This is not to make light of indigenous dispossession. It is to point out that even after a thousand years, and centuries of equality under the law, intergenerational disadvantage flowing from dispossession is still clearly evident in one of the wealthiest and most successful nations in history.

I have some ideas for how we could go about trying to address these issues. But as a white man I can at least see that imposing my ideas on other people won’t fly any more.

What we could do is empower real democratic bodies in indigenous groupings, give them real returns on the use of their land, a blow for miners and pastoralists to be sure. It’s amazing how gobs of real money can level the playing field. Access to good food, education and medicine make for a great start.

Then we could encourage those groupings to form a true representative body that can meet as equals with the Australian government and hammer out a way to share the continent fairly.

The day they shake hands is one I’d nominate as a new Australia Day. Preferably something in spring?

John Griffiths is the CityNews.com.au editor