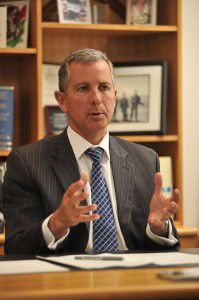 JEREMY Hanson says that, once again, emergency department (ED) records have been altered in the ACT health system and misleading results given to the public.

“It has been revealed that ACT Health ED data was changed after it was originally published. This happened on not one occasion, but over a period of years. The December 2014 and December 2015 Quarterly Reports have been altered,” Jeremy said.

“This means information provided to the Commonwealth for grants purposes may be wrong. Other records, such as Annual Reports, will have to be withdrawn and reissued to reflect the true results.

“Frankly, none of the numbers claimed by the government can now trusted.