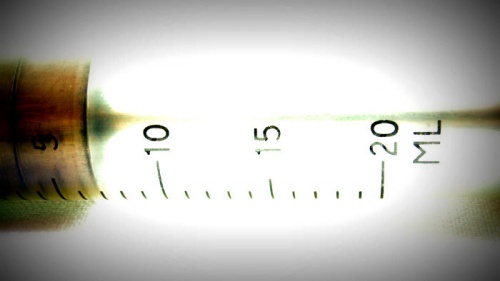 SIMON Corbell says new laws providing legal protections for people who administer the life-saving overdose reversal medicine Naloxone in an emergency situation, have today been passed in the Legislative Assembly.

“The Health Legislation Amendment Bill 2016 applies to people administering Naloxone, a medicine which temporarily reverses the effects of heroin and other opioid drugs, which has been used successfully to reverse the effects of an overdose for more than 40 years,” Simon said.

“These laws provide appropriate legal protections for situations where a person is experiencing an overdose and a Good Samaritan assists them by taking reasonable steps to save their life.

“We know in many circumstances, the very people who are in the best position to prevent a death by opioid overdose may themselves be under the influence of drugs. This legislation provides appropriate legal protections for those who, while under the influence of drugs, take appropriate action by administering Naloxone in an attempt to save a persons life.

“The legislation follows an independent evaluation of the ACT’s ‘Implementing Expanding Naloxone Availability’ Program 2011-14, which was finalised last year. It was Australia’s first overdose management program, which provided Naloxone on prescription to people at risk of an overdose with over 200 successful participants.

“The report into the program documented 57 overdose reversals with no serious adverse events with the practitioners, participants and other stakeholders involved in the program being supportive of the program and its continuation.

“We have seen encouraging results through the ACT Naloxone program that has saved lives by increasing the availability of Naloxone to a high-risk group. By formalising these practices in legislation we will continue to save people’s lives and give more people a chance at recovery from addiction,” Mr Corbell said.

The ACT Government has previously consulted on this legislation with community groups and key stakeholders including the Alcohol Tobacco and Other Drug Association ACT, the Canberra Alliance for Harm Minimisation and Advocacy, the Human Rights Commissioner, the Law Society of the ACT, the Health Services Commissioner, the Children and Young People Commissioner and the Secretariat of the LHNC.

Michelle Grattan - May 27, 2020
0
The road out of this crisis will be very tough for many people. Extensive reform is often painful. Whether the Australian public will be in the mood for it as they cope with the aftermath of such a trauma is an open question, writes political columnist MICHELLE GRATTAN.